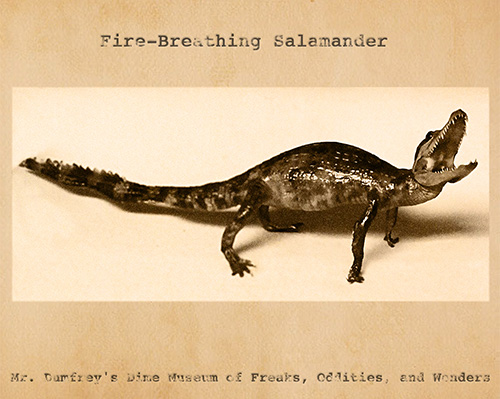 In the year 1891, a hiker in a remote area of Alaska found some gold nuggets in a mountain stream.

When news of this discovery spread, thousands of treasure-hunters headed north in hopes of getting rich. One of these was a young man from Manhattan named Jake Landon. Jake had spent his whole life in the city and, except for occasional walks through Central Park, and had no experience of the outdoors. Nevertheless, he believed that, as long as he equipped himself with the proper supplies, he would have no trouble surviving in the frozen wilderness.

Investing all his money in warm clothing, canned food, and matches, he headed to Alaska and, after a difficult journey by boat, train, and dog sled, found himself alone in an icy mountainous region of Alaska. Unfortunately, he quickly realized that there were two very useful items he had neglected to bring along: a map and a compass. It wasn't long before he was completely lost in the snow.

One night, after hiking in circles for hours and hours, he decided to make camp beneath a great pine tree. First, he opened his only remaining can of pork and beans and placed it on the ground. Then he gathered a bunch of fallen twigs and pine needles, arranged them into a little pile, and took out his last box of matches. Sliding it open, he saw that there were only three matches left inside. He pulled one out, scraped it along the side of the box, and it burst into flame. When he reached down to light the little mound of kindling, however, his frozen hands trembled do badly that the flame went out! He tried again with the second match. This time, his fingers were so numb that he dropped the lit match and it died in the snow. That left just one match. If he couldn't get the fire started, he knew he would freeze to death.

Putting one end of the match between his teeth, he held the matchbox up to his mouth and, with a quick swipe of his head, lit the match. Then he bent over and held the flame to the little mound of twigs and needles. His heart leapt when he saw the kindling start to smoke, then glow, then burst into flame. He was saved!

Unfortunately he didn't realize that he was sitting directly beneath a big tree branch that was covered with snow. As his fire grew stronger, the snow began to melt from the heat. All of a sudden--whomp!--a big load of half-melted snow fell onto the fire and extinguished it! Now Jake knew he was doomed.

But even as he curled up and waited for death to find him, he saw something strange: a little lizard crawling out of a hole in the bottom of the tree trunk. Even stranger, smoke seemed to be coming out its nostrils. Was he dreaming? Then he remembered stories he had heard about a rare fire-breathing salamander that lived in the Alaskan wilderness and was worshipped by a local tribe of Eskimos. Sure enough, as Jake watched, the lizard walked up to the open can of pork and beans, opened its mouth, and let out a blast of flame. In two seconds, the food was bubbling hot.

In the magical way of Parrots, Nalani instantly recognized the meaning of the words. Finally having what she was always needing, she turned to Chakrii and repeated them to him in her most beautiful singing voice.

Well, to make a long story short, Jake gobbled up the food, grabbed the little creature, and eventually made it back to New York, where he put the miraculous salamander on display and became a rich man after all.