"Stupendous and stupefying! A riddle wrapped in a mystery inside a shrunken head. If you aren’t curious about Curiosity House, somebody must have pickled your brain and put it in a jar. Read this book immediately.”

Learn more about the books: 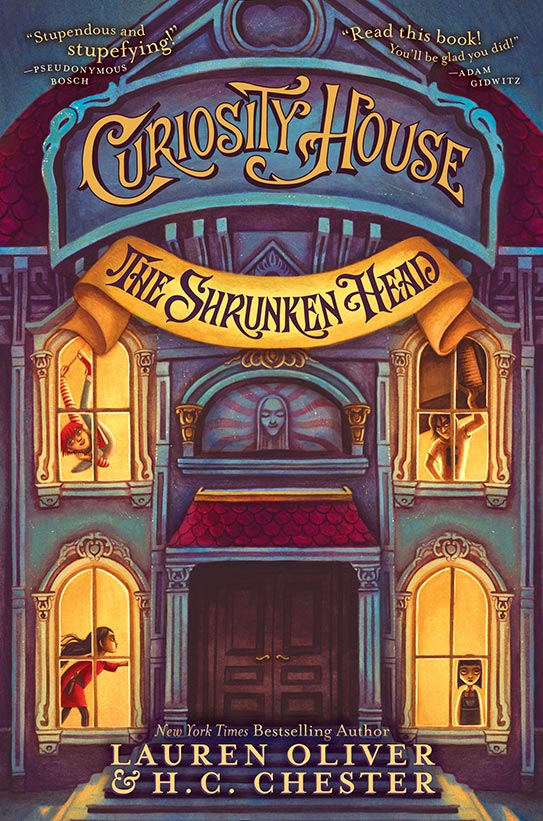 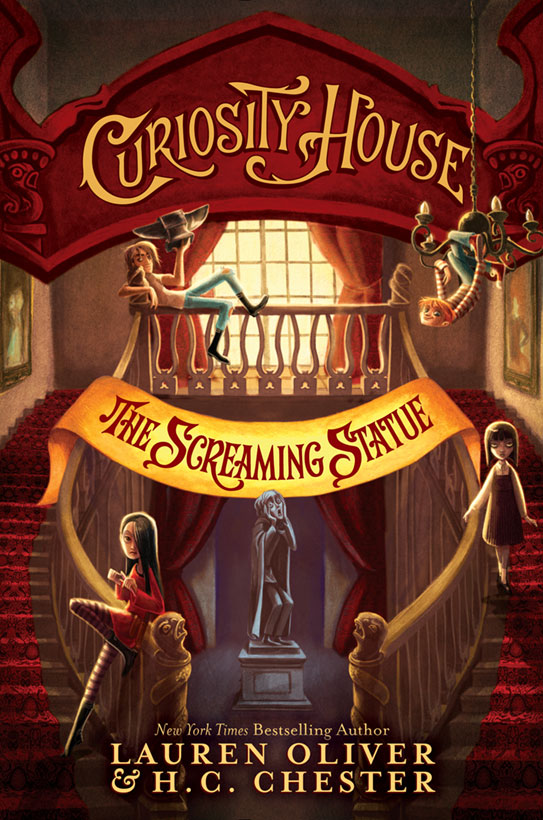 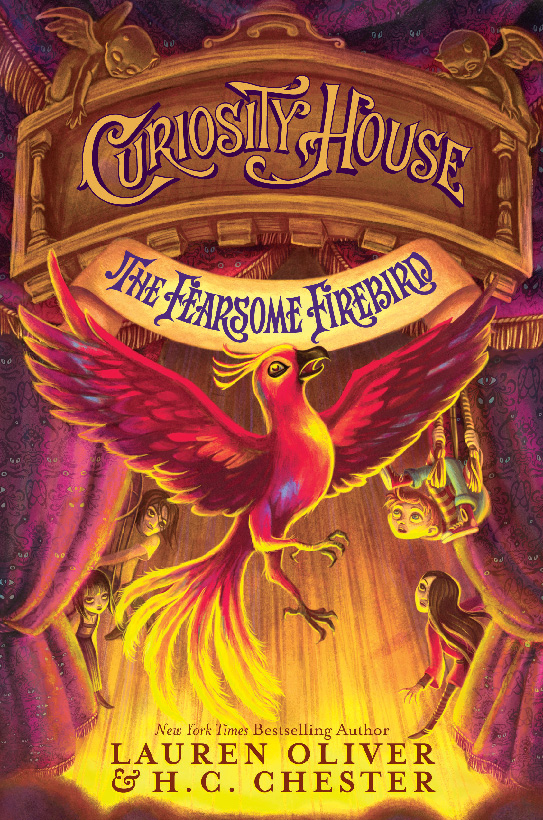 Other books by Lauren Oliver:

a note from lauren oliver

I’ve been working on this series with the brilliant, bizarre, and incredibly reclusive relics collector H.C. Chester, which is partly why I haven’t been able to publicize the book until now. (When I say reclusive, I mean I was the first person to be allowed entry to his house in twenty-five years!!) Let me back up: several years ago I was strolling around Paris with my dad, browsing the antique books, prints, and art pieces that are famously sold by “bouquinistes” (book stalls) along the Seine. I came across an insane collection of old memorabilia from the same old and long-defunct dime museum. There were photographs of bearded ladies and an elephant man, various weird artifacts the museum had collected, etc. I asked the guy selling the stuff where he’d procured all the photographs, and he told me that they’d all been given to him by a single person–one H. C. Chester, miraculously living in a neighboring state. (Turns out H. C. Chester’s home, which is more like a mansion, has been in the family for multiple generations, and he’s lived there since he was born, but that’s another story.)

I can’t explain it, but I knew I was on the tail of a Story, capital “S.” I’ll fast forward a little bit because it took me forever to find out how to contact H. C. Chester since a) he doesn’t own a computer and b) he doesn’t own a smart phone and c) he has a regular phone but the number is unlisted and d) his address is also unlisted and his house in Rhode Island protected by a large gate and various Beware The Dog signs. But I finally did.

And it was Totally. Worth. It.

So back in the late 1930s when this dime museum closed down, H. C. Chester’s grandfather, who was a great friend of the museum’s then-owner, inherited a ton of stuff from the museum--including the photographs that ended up in Paris--but also many of the exhibits and a TON of newspaper clippings, press write-ups, and brochures advertising all the different “freaks, oddities, and wonders” the museum was known for. As I began sifting through the volume of material, I came across repeated reference to four extraordinary children who’d performed at the museum during that time.

There it was: I’d found the Story. And so I decided to write it.

"Step right up! Step right up! Mystery, murder, curses, and sideshow freaks! Or are they superheroes? There’s only one way to find out... Read Curiosity House! You’ll be glad you did!”

"The continuous action, compelling mystery, and dark, brooding illustrations make this book impossible to put down. Perfect for kids who feel they’re different or those simply after a freakishly good time."

"From the opening sentence, Oliver grabs readers' attention, enveloping them with strong storytelling and rich language."

“Ladies and gentlemen, boys and girls: step right up and don’t be shy. You must not—you absolutely cannot!—put this book down.” With this bit of honest advertising, so begins this captivating series opener from Oliver (The Spindlers) and Chester."